The assessment entails questions regarding basic information of the state of the art cycling in Italy, and particularly in some featured cities, like Milan, Rome and some smaller cities, including Bari and its region of Puglia. Other issues covered by the query are the use of cycling and the availability of dedicated infrastructure. Also cultural and planning issues have been addressed.

The Italian Cycling Assessment aims to celebrate the Giro 2016 Event and to enhance relationship between Gelderland’s entrepreneurs and Italian business. The assessment stages comprehensively state of the art cycling in Italy and focuses on the exemplary city Bari and its region Puglia to reveal the near and promising future of all types of cycling.
The results of the project confirm the positive trends in Italian cycling. In many parts of the country cycling is boosted. Commuting and recreating by bicycle increases. Cargo bikes and e-bikes are more used than ever before. Cycle culture develops.
The growth of cycling in Italy and particularly the increasing importance of bikenomics represent a serious opportunity for cycle industry, consultants and designers to expand their business.
Bari and Puglia deserve some special attention. The experts recognise promising changes in cycling that reflect the rise of a new era in both city and region. Levels of cycling increase and accordingly the awareness of cycling culture grows, for instance, schools make cycling subject of their educational programmes. 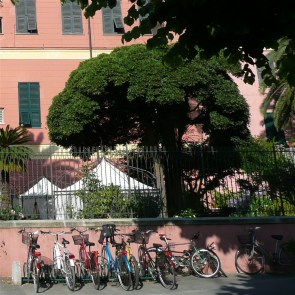 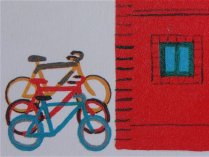 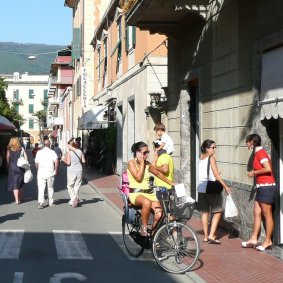 The Italian Cycling Assessment aims to celebrate the Giro 2016 Event and to enhance relationship between Gelderland’s entrepreneurs and Italian business.

Assessment state of the art cycling in cities worldwide.

Bari and Puglia work on the extension of cycle infrastructure. Particularly the experts appreciate the IPA-project for a new bicycle parking structure in Bari near the main train station. According the experts this project justifies special attention for Bari/Puglia as front runner. However safety and bicycle theft stay important subjects to be addressed.
The experts want to underline the importance of the growing cycling consciousness in both the city of Bari and the region of Puglia. The future looks bright as cycling advocacies are no longer ‘alone’, while the number of advocacies increases. Again, special attention is justified by the fact that during the last year the Mobility Department of Puglia Region organized many meetings and workshops with municipalities, provinces and railway companies on bike to work and bike to school campaigns.
Finally the experts recognised the importance of regional cycle tourism. With the BOURBON cycle route from Bari to Naples Puglia proofs a positive trend in this regard.

Assessment state of the art cycling in cities worldwide.